Tickets are sold online, by telephone order and at the door. Online and phone orders are subject to a service fee.

This concert will feature two masterpieces of romantic style under the baton of Maestro David Fallis and with young violinist Artur Chakhmakhchyan as soloist. It offers a different musical palette from the rest of the season, with romantic notes of two contrasting masterpieces from both corners of old continent: Russia and Spain. 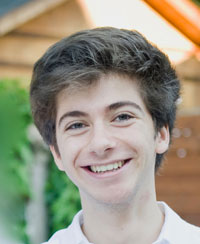 Artur Chakhmakhchyan was born in Yerevan, Armenia and started his violin education at the Tchaikovsky Specialized School of Music. In Canada, he has studied with the prominent violinist and pedagogue, Jacob Lakirovich. Artur has been the re- cipient of scholarships and numerous awards at the New Conservatory of Music festi- val, the Richmond Hill Arts festival, the North York Music Festival, and the Unionville Music Academy Competition. In 2012, he received the Royal Conservatory of Music Gold Medal award for having achieved the highest mark in Ontario and Quebec for his Grade 7 Violin exam. Artur has performed as soloist, chamber musician, concertmaster, and conductor at Cardinal Carter Academy for the Arts. He was a member of the Toronto Symphony Youth Orchestra from 2015-2017, having served principle positions, including concertmaster. In October of 2015, Artur performed the Khachaturian Violin Concerto with the Greater Toronto Philharmonic Orchestra and Carmen Fantasy with the Scarborough Philharmonic Orchestra. He has finished his Grade 10 Royal Conser- vatory Exam with First Class Honours and Distinction and will be attending the Univer- sity of Toronto from September 2017 under the tutelage of Jonathan Crow.